The Latin tag comes from Pliny the Elder in the 1st century AD, and means There’s always something new from Africa. It was painted across the Bedford truck in which I travelled from Algiers to Nairobi (via the Sahara, Congo, Rwanda and more) in the 1970s, which is where my love for Africa began.

In 2015-16, I was in Ethiopia and Kenya doing voluntary training work for the charity Farm Africa, and learning at the grassroots about food security issues. In January 2021, the Oxford Real Farming Conference (ORFC) has used the online format to present some brilliant sessions about the current state of farming and food systems in Africa. Here is an overview.

The sessions were organised by AFSA, the Alliance for Food Sovereignty in Africa, and you can learn lots more on their website, www.afsafrica.org. Their speakers came from all parts of the continent, and we have to be careful of generalisations about a landmass with 1.3 billion people and 55 nation states.

That said, there are some international pressures affecting most countries in Africa, including:

The overall impression was that these international pressures are winning out in many countries, with a few supporting sustainable, smaller-scale approaches. Togo, Senegal and Ghana are among the positive examples cited: a well-organised advocacy campaign raising broad-based support, with a receptive national government, seem to be the key factors. 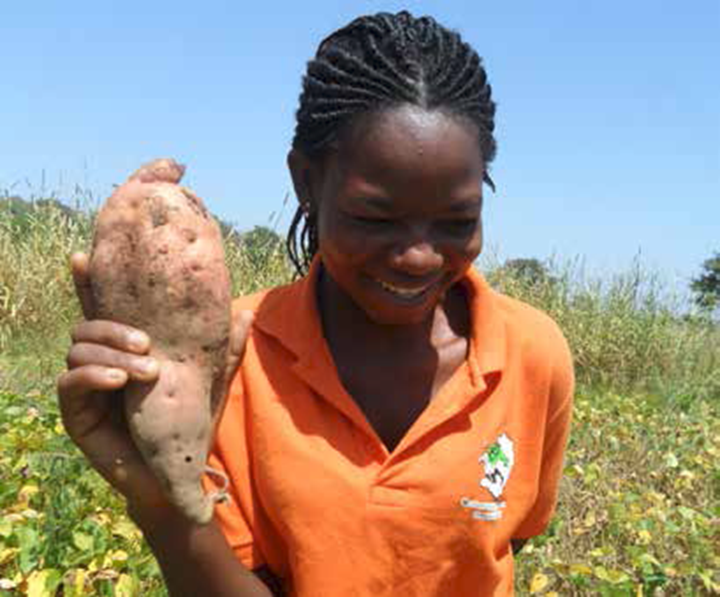 In Ghana, they have got support from farmers, doctors, local authorities and schools. In these uncertain times, the need to increase food sovereignty has been a popular rallying call, and they have linked this with using indigenous seeds and more traditional crops. In Senegal, they aim to grow more rice locally to reduce imports, and to use consumer purchasing co-operatives to make sustainable produce more affordable.

I was impressed that several speakers, such as Gertrude Psawarayi-Jabson from Zimbabwe, and Wilberforce Laate in Ghana, spoke of the deep links between traditional cultivation methods and spiritual practices. Several countries are combining revival of traditional crops (e.g. sorghum) and methods with modern science from agroecology.

A big benefit of these sessions was that European campaigners got more understanding of the issues and needs in Africa. It’s clear that COP26 in Glasgow could be pivotal for farming policies worldwide. The dominant voice for the sector currently is the World Farmers’ Organisation which speaks for industrial farming. It was clear from other ORFC sessions that some large farms are thriving with agroecological approaches, but they’re a tiny minority.

As you might guess, the voice for human-scale and sustainable farming is fragmented and has limited funds. La Via Campesina is one of the leading voices internationally in this sector, but nobody represents the diversity of approaches fully. Agroecology, organics, permaculture, regenerative agriculture overlap but each has its own organisations and focus. There’s an urgent need to get a strong, shared voice at COP26: Africa, Europe, and the world all need this.

Beyond the Gridlock of Climate Politics
John D Liu

How to Create a Food Forest in any Sized Garden

What Has Nature Ever Done For Us?
Observing the relationship between natural resources and our economy...

The Minimalist Gardener
Growing fruit and vegetables in a minimalist way, to be more efficient, minimise wastes in time and resources, while improving yields.
Advertisement
Advertisement