The 2021 Lush Spring Prize recipients have been announced, celebrating and supporting regenerative projects from around the world.

The Lush Spring Prize recipients are working around the world in a diverse range of fields including landscape restoration, food and farming, climate change mitigation and adaptation, Indigenous rights, and empowering women and other marginalised groups. While projects may have different focuses, they all take holistic and regenerative approaches to solving the challenges they face, with many being led by members of the communities they are working in.

The 20 prize recipients of the 2021 LUSH Spring Prize are:

Youth in Permaculture Prize (in collaboration with Abundant Earth Foundation)

What is the LUSH Spring Prize?

Launched in 2017, the Lush Spring Prize is now in its fourth year of celebrating and awarding prizes to groups working toward eco-social regeneration. It is a joint venture between LUSH Cosmetics and Ethical Consumer, and has distributed more than £820,000 to date.

It was set up to support ‘regenerative’ projects – those that go beyond sustainability by taking holistic approaches to building the health of ecology, economy and social systems.

By supporting regenerative projects, the Spring Prize hopes to raise the profile of the movement as a whole to inspire more individuals, groups, communities, funders and businesses to start engaging with regenerative processes.

People all over the world are developing and remembering ways to live in cooperation with nature and each other. They are resisting further damage, restoring ecosystems, generating renewable resources, nurturing solidarity and building health, wholeness and resilience. The Lush Spring Prize supports and celebrates their work through:

The 2021 Lush Spring Prize received over 400 applications, which were shortlisted to a group of 54 in June and July this year. The prize saw a 61% increase in reach, with applications being submitted by inspiring projects spanning 81 different countries and every continent except Antarctica.

The 12 judges represent the many movements making positive change, including regenerative design, permaculture, food sovereignty, transition, biomimicry and eco-village networks. The judges also include a ‘Lush Customer Judge’ and ‘Lush Staff Judge’ to act as additional independent members of the judging panel.

For 2021 an additional five judges worked with the Ancient and Indigenous Wisdom Award, and five for the Youth in Permaculture Prize.

A project from each category

Full details on each winning recipient, and the shortlist can be found on the Spring Prize website.

Education for Climate Action for Peace (E4CAP) was birthed in October 2019 to combat adverse climate change and to provide sustainable living education and livelihood preparedness training to refugees and stateless teens and youths that don’t have access to mainstream education and cannot work legally in Malaysia. E4CAP is a collaboration between Permaculture Design Certification course alumni, including refugee teens. 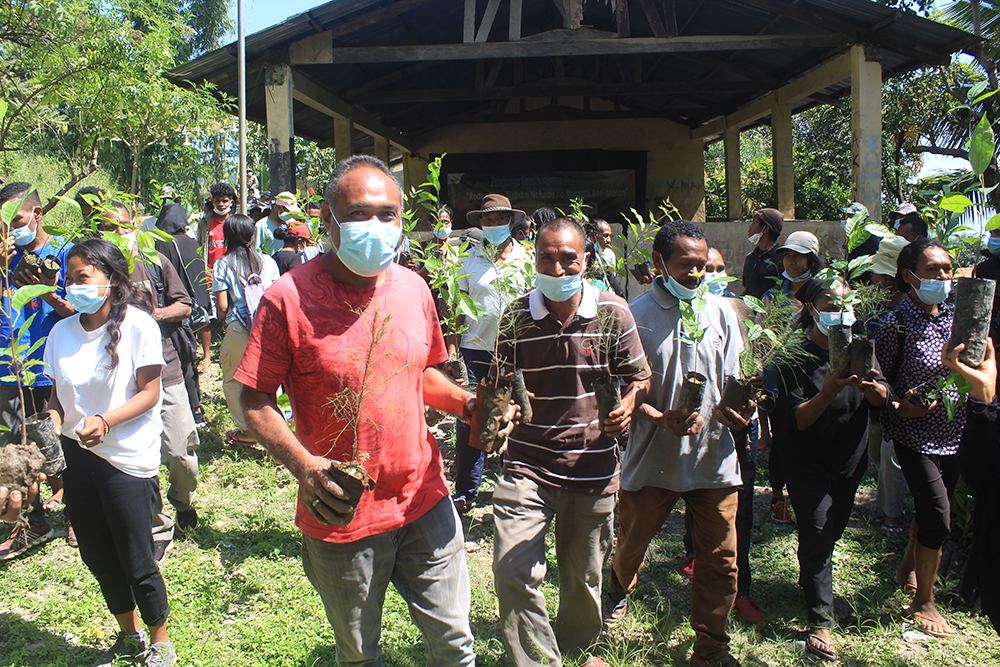 Instituto Mesoamericano de Permacultura (IMAP) started in 2000 in San Lucas Tolimán, on the shores of Lake Atitlán in the Mayan highlands of Guatemala. It was created by a group of Maya Kakchiquel folk with the desire to use native seeds, permaculture, traditional Indigenous knowledge and education to create social healing after 36 years of internal armed conflict that wiped out hundreds of communities and displaced millions from their land and disrupted the transfer of their culture and ancestral knowledge.

Gaza Urban & Peri-Urban Agriculture Platform (GUPAP) enhances resilience, builds institutional capacity and supports collaboration amongst its eighty member Community Based Organisation; including advocacy and policy influencing campaigns and sharing of knowledge, success stories and experience at local, regional and global levels. GAPUP’s work responds to the challenging urban protracted crisis context of the Gaza Strip; where economic opportunities are very limited and urban agriculture is not officially recognised by policy makers and planners.

The Kariri-Xocó sleep and wake up fighting for their existence. Within their territory is a unique biome: the meeting of the Caatinga – the only exclusively Brazilian biome – with the Atlantic Forest. Their village is located on the banks of the Opará, the São Francisco River in Brazil. Yet, even so, their lands and plants are dry because the river suffers. 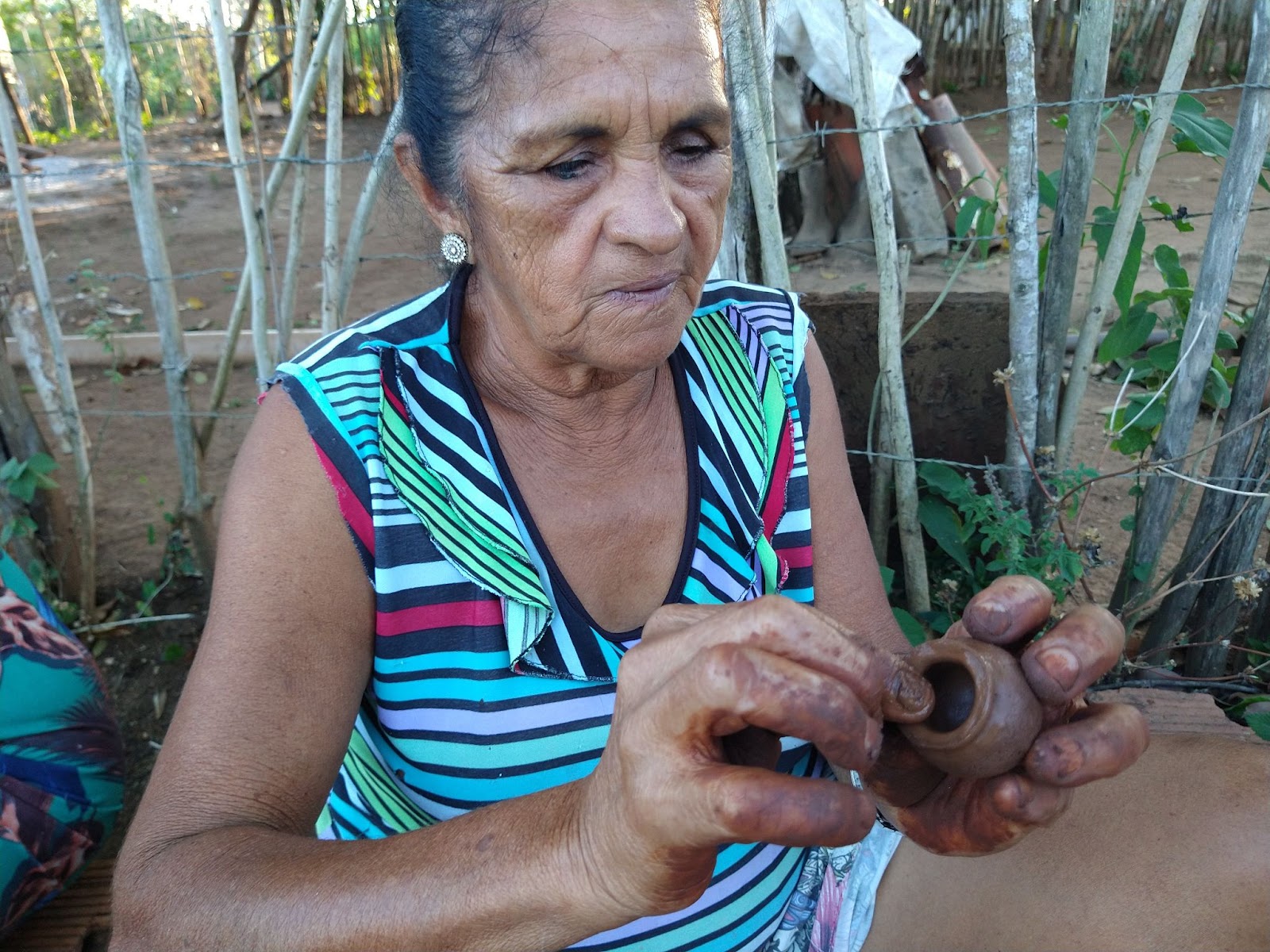 The Centro de Cultura Sabuká Kariri-Xocó was born with the mission of fighting for the preservation of their life and that of all the beings that live there. It gathers children, young people and elders to be together, as their ancestors did. In addition to nurturing culture, they plant community gardens, harvest and feed themselves in groups of up to 100 people a day, and hold their Torés, dialogues, games, football and other activities.

They dream of taking back ancestral memory and guaranteeing food, collective work, union and the strengthening of their culture. With this project they see a great possibility of survival for their ethnic group and village. It provides the hope of resistance for their people.

LUSH to buy second piece of land to save Sumatran Rainforests

Soil: Why are we still destroying it?
George Monbiot

A firepit made from a truck wheel
Maddy Harland

The Wastewater Gardener
Why we all need to consider our waste and explore alternatives to flushing it.

The Illegal Gardener
Set in Greece, a beautiful friendship is born from a love of gardening. For lovers of fiction and gardening.

Ecozoa
Don't miss this "... important cri-de-coeur from, unusually, a permaculture publisher..." Helen Moore's poetry is a "... call-to-adventure – to plunge into life and defend it to our dying breath."
Advertisement
Advertisement